Thanks to the popularity of our summer scavenger hunt, we wanted to introduce you to the good human behind all that hard work. Community members know Austin Graff as the man who is everywhere at all times. His curiosity and love for the DMV is inspiring and we are grateful to have benefited from these traits with the scavenger hunt. Austin knows so much about this area and we wanted to explore more about his planning and drive. Enjoy a little BTS for the hunt below.

What inspired the idea?

The scavenger hunt was born from three ideas. First, the IGDC team (Holly, Laurie and I) wanted to organize events throughout 2021 to celebrate IGDC’s 10-year anniversary. IGDC is a community of local photographers. We wanted to organize a fun event celebrating local photographers through daily features and giving out prizes to our members. Enter the IGDC 10-Year Anniversary Scavenger Hunt. Secondly, as vaccinations went up, cases went down and the city reopened, we wanted to launch an event that encouraged people to get outside and have fun. Photographers are often explorers. A scavenger hunt encourages exploration. Thirdly, we wanted to support local businesses, those hit hardest by the pandemic. Giving prizes from local businesses introduces our community to restaurants and shops across Washington, D.C.

How did you plan it out?

Originally, we wanted to do a virtual scavenger hunt hidden throughout the #igdc Instagram feed. As the city started to reopen, we pivoted to an outdoor scavenger hunt. Every day for eight days straight, we’d hide prizes at the locations in our daily features. Once we realized it was risky to hide gift cards at one location, we created an IGDC IOU card. Once found, the winner sent us a photo of them with the card. We’d announce the winning prizes on our Instagram Story. That meant, one of us from the IGDC team woke up early to hide the cards before the crowds formed.

Were there specific locations that were important for you to include?

Being a community made of people from all parts of Washington, D.C. and the region, it was important to represent every D.C. quadrant. Being the most populous quadrant, we didn’t want to just focus on Northwest. We hid a card in Southwest Waterfront, East of the River’s Anacostia Park and several in Northeast. We included parks, memorials and off-the-beaten-path spots. Selfishly, I was happy to include my favorite memorial- the Titanic Memorial along the Washington Channel.

Did you think you’d hide one so well no one would find it?

Having participated in past scavenger hunts, I was empathetic (probably too much) to people who spent hours searching. The cards got progressively harder, but we made sure we’d drop clues on our IG Story. The longest it took someone was four hours! 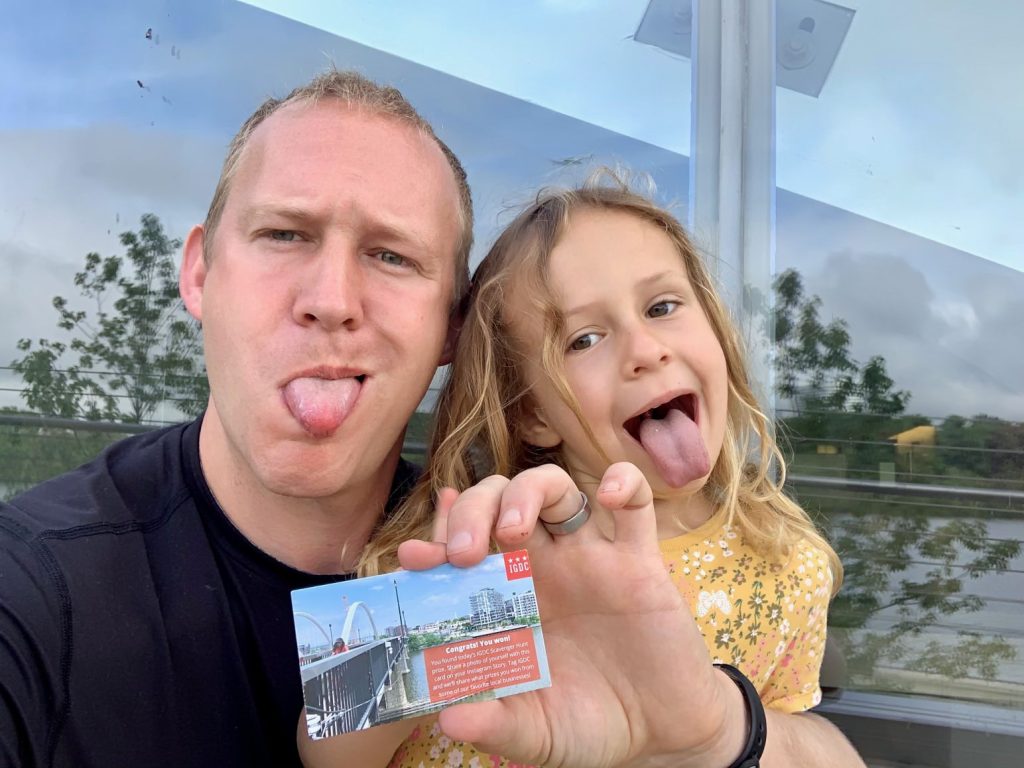 Tag your photos #IGDC to be featured